what's cooking in the doll house 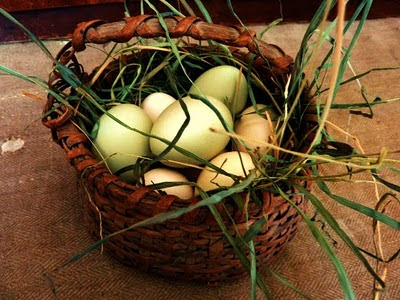 Spring brings warmer days, sunshine and plenty of sweet green grass
for my little hens to nibble and they're loving it.
Each morning they thank me for letting them wander our farm with
more lovely eggs than we can possibly ever use ourselves.
I'd leave them on my neighbor's doorstep, but they all have the same
wonderful over abundance of lovely fresh eggs.
~
What to do? 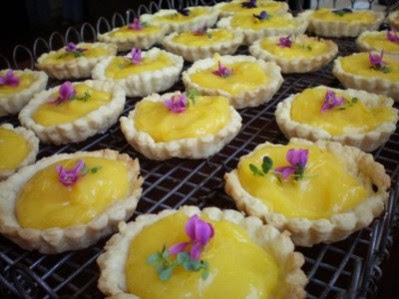 and wonderfully buttery crusted and "bite-into-a-fresh-lemon"

It uses plenty of eggs...

the first time I made it, I had to make another batch...it was so good that by the time

I was finished "tasting" it, it was all gone.

It's very easy to make, you just need eggs, butter,sugar & fresh lemons, lots of them.

I dare you not to eat most of your first batch!

getting these and other little dolly dumplings ready for spring 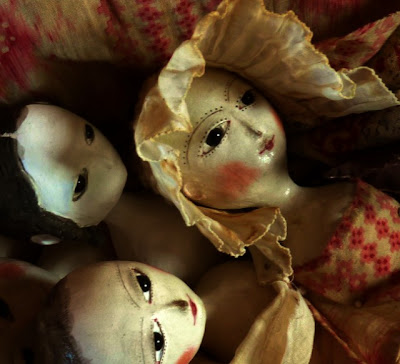 they'll be making their own Easter baskets and coloring eggs soon...

and I hope to keep them out of the Lemon Tarts.

Posted by Christine Crocker at 9:58 AM 6 comments: 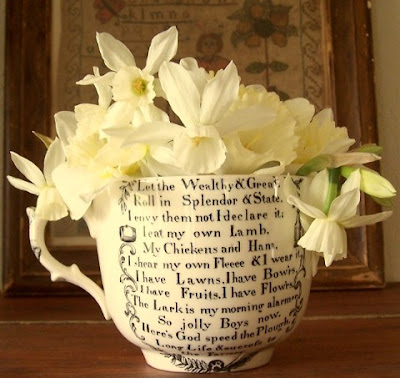 white daffy down dillys in my favorite old ironstone mug
~~~
the first day of spring has come,
but only the birds seem to know it!
it's been chilly and frosty. Everything is in bud,but
We haven't one flower but for a few purple pansies blooming here...
but soon everything will burst into bloom all at once!
~~
these tiny white daffodils are from my garden a few years back, but I love this
picture and it is so cheerful I thought you might like it,too.
~~~
Daffy-down-dilly came up in the cold,
Through the brown mould
Although the March breeze blew keen on her face,
Although the white snow lay in many a place.
Anna B. Warner ~ "Amy Lathrop"
Posted by Christine Crocker at 3:40 PM 3 comments:

a new life for an old rail fence 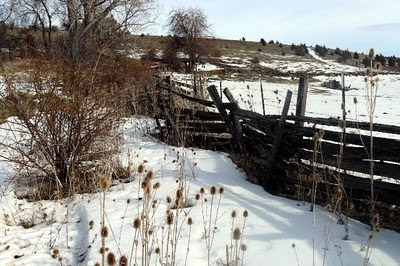 isn't this a splendid old rail fence?
~
About this time last year we were looking everywhere for old split rails to make a fence around
the vegetable gardens and flower beds.
A few years earlier, we had seen them in stacks all over the countryside. Farmers and ranchers were taking them down and putting up taller and sturdier wire fences to keep the deer and elk out of their crops and hay fields.
I was thinking then how lovely they were stacked high, weathered and mossy.
Now that we had a good use for them, there were none to be found.
We thought of Craigslist!
Did you know that you can find anything on Craigslist?
I have gotten pallets of used brick, heritage chicks, turkies, heirloom herbs and plants.
Anything and everything, all for sale or barter.
One chilly winter evening by the fire, a look through building materials and antiques for sale
we came across a small ad by a rancher 140 miles to the east of us.
He was selling his split rail fences.
We emailed him and found that he had a few miles of fence...
at such a wonderful price we couldn't get the truck and trailer loaded quick enough.
The next morning, after driving for nearly 3 hours on snowy roads,
we at last arrived at the ranch.
Like many of the old cattle ranches that we passed along the way,
it was old old old.
Beautiful and weathered, we were sure it was the same as it had been for nearly 200 years.
Driving along muddy roads through gates and streams and cattle pastures
we arrived at the ranch house,the old fella was waiting for us.
He came out and introduced himself and his dogs and pointed to the hills beyond his place and said,
"the fence is along that creek past the scrub willows and oaks..".
sure enough, there it was, still standing.
He followed along behind in an old hay truck with the dogs holding on for dear life on the back.
When we reached the fence, I could see it stretched quite aways in both directions.
Beautiful country and a beautiful old fence. Mossy and weathered. Still standing.
I asked him about it, if he had built it...
He said, "nope", he didn't build it, but his great- great grandfather who had come from Scotland
to raise cattle here had built it himself.
I knew then that times must be very hard for this old fellow.
to be selling his great grandfather's
hand split rail fence...
I told him how I dearly loved old things.
That his great grandfathers fence would be loved and taken care of. He smiled and said, "good thing...that'ns an old one for sure."
So we carefully loaded each rail...and piled on as many as the truck and goose neck trailer
would hold.
We paid the old fellow in cash with a little extra besides.
I asked if he'd like to see a picture when we got it put up again and of course he said yes.
I wanted him to know for sure that it would be made useful again, loved and cared for.
~~
So this week the old fence is going up again, along the east side of our garden
where it can be close to where it came from.
I've got 50 asparagus crowns coming that will be planted alongside it. It'll be a nice place for the heirloom pumpkins & herbs I've got started in the green house,too.
I know I'll be thinking of that old fellow and his Scottish great-great grandfather
while I plant and hoe and dream in my garden this summer.
Posted by Christine Crocker at 8:08 AM 16 comments: 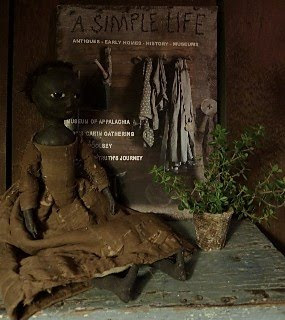 ~ Humble has her likeness taken~
When my "A Simple Life" magazine arrived this past week, I was dancing around the kitchen.
I only knew what the cover was going to look like and then, when I was able to hold it in my hands,
I was so taken with how it looked, the picture book look and feel of it.
It is simply a breath of fresh air.
Filled with wonderful early homes, a visit to The Museum of Appalachia,
log cabins, a closer look at linsey-woolsey and how to make your own wall paper boxes,
dreams visited and stories told...
and at last, seeing my story ~" His heart said, "Turn Left" ~ in print and in my hands,
I'm so very honored and proud to have been invited to be a part of Jill Peterson's new magazine.
... looking through it, reading every word,
you can see, it really is a window into her soul.
xo, C
~ ~ ~

A Simple Life has been so well received that it completely sold out within the first week and is already in it's second printing!

Jill's new magazine is featured in an article written in the NEW YORK TIMES.

When you get to this web page, just scroll down past the article titled

‘Tile by Tile, a Mural Is Saved’

and you will see the actual article about "A Simple Life" magazine which is titled:"Rustic New Magazine".

To me, fair friend, you can never be old, For as you were when first your eye I eyed Such seems your beauty still 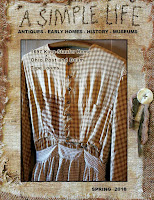 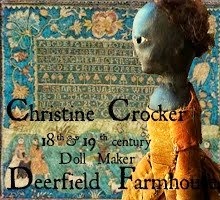 Ode to the Farmer

where my heart lives~Deerfield Farmhouse